My DLA medical finally arrived yesterday.  If you remember I had some difficulties over the location, first by them saying I couldn’t have it at the centre, before they said I could as it was accessible.

The same friend helping me with the claim came with me for moral support and to be a witness, as my last medical went so horribly wrong, when he put the opposite of what we talked about down throughout the form and declared me fine as detailed in the post ‘Applying for Disability Living Allowance Part 2.’

We arrived at the door and pressed the buzzer for entry.  I was slightly worried at the big step into the building, but saw a sign with a wheelchair on, that said to ask for assistance.  I assumed there was a door around the side or something with level access, but when the receptionist came to the door she informed us that was actually the only door.  So yes, I did have to get my wheelchair up that step and the building for accessing people with disabilities did not have wheelchair access.

My friend pointed out she physically couldn’t, and finally the receptionist said she’d see if security was about to help me.

This whole issue made my anxiety levels which were already ridiculous jumped to heart palpitations with the urge to curl up in the corner of a room rising.  I was embarrassed, and just wanted to abandon ship.

The receptionist returned to say there was no security in the building, and that I’d have to get myself in.  Again, we both turned to stare, before she decided to go and get the doctor to inform him I couldn’t get in.

Luckily at this point a really kind man walking past stopped and asked if I was okay.  I explained I was trying to get into the building, but couldn’t.  I thought it could probably make the step in the electric wheelchair, but I couldn’t do without someone standing behind just to steady it in case it tipped.  My wheelchair has two small anti-tip wheels at the back, that actually make it more difficult going up steep steps, so he managed to adjust them out the way, then helped me up.   Thank goodness for human decency.

The waiting room had a lot of chairs in the way, so I decided it was safer to just to wait in the corridor.  The doctor came and got my notes from the receptionist and went to read them, while she came to look at my ID.  The letter said I needed my passport, or three other forms of ID.  While fishing them out, she said I only needed one, and that she had no idea why it said I needed three.  I explained her we weren’t blaming her for the building, we just couldn’t believe they hadn’t made provisions for a wheelchair.  She agreed and said the building was terrible.

The doctor then called me in, and we both went in.  He seemed confused as to why I had been called in for a medical having read my information, and apologised for me having to come in.  He then  asked if I already had DLA, and I said no.  First claim?  Nope.  Third.  He seemed shocked, and asked if they’d seen all my medical evidence.  I explained they hadn’t seen the exact information he had, but I’d had other evidence and knew what was wrong with me.

He then said although he could write a whole report on my medical evidence alone, he still had to go through the form with me.  We went through everything, and he did a few minor physical tests like a grip test which he said was poor.  He didn’t make me stand as he realised it would be painful.

At the end he said he didn’t make the decision, and they are turning a lot of people down, but he would do his best for me.

I would love to be optimistic at this point, but I have just been screwed over too many times before with other medicals and tribunals that I can’t be.  I need to have the decision in my hand before I let myself think anything.

Now all I can do it wait. 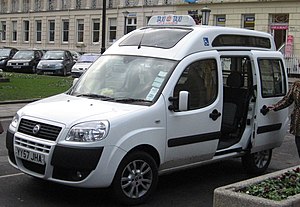 A visit to Occupational Health

My lower back is in pretty intense pain at the moment, so I had to go to the Occupational Health assessment in my wheelchair.  I can’t get it in and out of my car alone, so I ordered a taxi.  It was the first time I’ve used public transport with my wheelchair and it went smoothly, except for trying to find a taxi in the first place.  I rang what seemed like every firm in the town before I found one that had a single wheelchair accessible vehicle.  Silly me expected them to have at least one on at all times – but by the sound of it most don’t have any at all!

The occupational health assessment was interesting – the building wasn’t accessible for wheelchair users, and the doctor was very short on time, and his eyes widened when he saw my list of conditions and said my company should have booked more time, as the appointment wasn’t long enough to cover everything.  He asked how many consultants I was under, what I was doing while off from work (mostly sleeping!) and did a depression/anxiety checklist and then tried to finish the visit!  I objected, saying I thought I’d come to discuss adjustments and things in the workplace.  He asked what I wanted, and I said I’d been working from home at least one day a week for three years which suited me well, and while the company I was TUPEd across to said they’d honour it, they haven’t provided me with equipment.  He said he wouldn’t be writing the report, another medical company would, but he’d ‘probably’ mention it.  I then said I thought a phased return from work might help, and he said yes, they’ll probably do that.  He then said he didn’t think I was ready to go back to work, but I don’t see the point of him saying that, as it’s my GP that has to make that decision, isn’t it?

So it will be interesting to see what the report says.