A Trip to Suffolk

I’ve just got back from a couple of nights away at a lovely cottage in Mildenhall, Suffolk nearby Thetford, called The Walnuts.

Over the last few years, the distance I can drive, even as a passenger has reduced (see the post Cars Vs Sleeping). It’s usually about an hour as the maximum. However, I also find that it’s very rare for me to be in a car for longer than five minutes, without falling asleep!

I don’t usually go away for long, as my cats get stressed in the cattery, so if I do get a chance to go away, it’s as close to home as possible. It’s a shame as I’ve love to see more of the country, but there are some beautiful places nearby so I’m lucky.

One way I’ve found to slightly increase the distance I can travel is to recline the seat right back, and cover it in pillows. I’m usually asleep before we get on the motorway, and only wake up when we arrive! It helps reduce the pressure on my spine, so I’m not such a mess when I get there.

The Walnuts had a Groupon offer, which I sadly just missed, but when I phoned to book the owner was kind enough to honour it. The deal included a BBQ pack, but there are other options if this doesn’t appeal to you.

In terms of accessibility, there are a number of cottages on site, and all except one have the bedroom/s upstairs. The one that didn’t is called ‘Inglenooks’ and has everything downstairs, so that’s the one I stayed in. One of the good things for me about going away for just two nights, is the battery in my wheelchair lasts that long, so I can leave it in the car.  That I don’t have to worry about getting it in the cottage.  There is parking directly outside the cottage, which is handy if you can’t walk far.

The cottage wouldn’t be suitable for a full-time wheelchair user, as it doesn’t have level access. Each room has a raised threshold (not a step, but more than enough to stop a chair.) There is enough space for a manual wheelchair to be folded up, or stored in the bedroom, or living room – so if you don’t need to use it all the time, but want it keep it with you that’s an option. The biggest step is the one leading into the private garden. There is no bath, just a shower, and there is a small step into it.

The threshold into the bathroom

The larger step into the garden

We received a warm welcome when we arrived for one of the owners, and he showed us how everything works including the private hot tub. It was quite chilly when we arrived, as the weather had suddenly turned cold, and so he lit the open fire in the bedroom.

My first impressions were very good. The living room contained a sofa and a table and chairs. The flat screen TV was placed on a lovely book-style table, that opened to find a selection of DVDs and menus. The lamp was quirky and made out of a stack of tea-cups.

The bedroom holds a queen size four poster bed, and another flat-screen TV on the wall. There are nice little touches like fresh flowers on the dresser, and chocolates on the bed. There is a sofa and arm chair next to the open fire, and a book shelf with a small range of books – and it was lovely to sit next to the fire and read.

In the bathroom they had provided towels, robes, shampoo/conditioner, body moisturiser and body wash.

Waiting in the kitchen was a large breakfast hamper containing bread, jams, marmalades and honey. A range of cereals and porridge, salt and black pepper, fruit, tea/coffees and cookies. In the fridge juice, milk, beer, wine, butter, yoghurts and bottles of water. In addition was the BBQ pack, which included a range of meat, portable BBQ, marshmallows and sticks! There is also free wifi, and each TV can play DVDs.

Also in the garden along with the hot tub is a place to sit, and a real BBQ, but our attempt to light it failed!

One of the owners also provides treatments – including relaxing massages, beauty treatments or full-packages, although the room for this is up a steep flight of stairs. She did manage to provide a downstairs room for my treatments, so definitely mention this when you book.

The only negative for me was that the sofa was pretty uncomfortable, which made it hard to relax. Most people I’d imagine would use their cottage as a base to sight-see, but the weather kept us in a lot, and so this was a pain for me. (Quite literally!)

All in all, a lovely stay, and I’d love to come again in the summer months when the garden could be made full use of.

Have you had any nice trips away this year?  Tell me about them in the comments below!

One thing that still bothers me after all this time of having mobility issues, is the problems that visiting new places brings.  I’ve just spent the weekend in London as a birthday/Mother’s Day treat for my mum.

Trips like this involve a lot of planning.  One particular issue is finding close parking, but it’s pretty hard when London’s involved as it’s such a maze.  Even having parking near enough doesn’t mean there will be dropped curbs, or that the wheelchair won’t get stuck, or the battery won’t run out, and many of these issues you can’t plan away.

On Sunday we went to the Ideal Home Show.  Online a ticket was £14, but because we needed a carers ticket, you couldn’t purchase it in advance so we had to pay on the day – now £18.  (Strike one!)

The Earls Court website informed us there was plenty of free blue badge spaces close to the entrance – great!  This helps with the dropped curb issue (which doesn’t just happen in the middle of nowhere, it happens all over the place.)

We arrive to find a whole row of blue badge parking, except every single one is cordoned off.  Not filled, which we’d just have to live with – just roped off for no reason.  The car park is available though, they tell us with a smile, but it charges by the hour.  Having a wheelchair takes a lot longer to get round things, so that added an extra £25 to our day.  (Strike two!)

The car park is at the back of the building – so getting to the exhibition was quite the trek. (Strike three!) It would have been totally impossible without the wheelchair, so how ambulant disabled people coped, I don’t know.  Actually, I do, having been to The Back Pain Show at Olympia recently, the same company as Earls Court, we found the parking at the back of the building and having to pass two other exhibitions to get to the right entrance, once of which being a wedding show.  I’m not saying disabled people don’t get married, but one assumes more disabled people will be heading to the show about combating pain.  We were hiring a wheelchair at the exhibition, but they hadn’t thought about bringing it round to us – so by the time we got there I was almost throwing up in pain.

Back at the Ideal Home, my wheelchair battery was playing up, and by the time we made it from the car park all the way there, I only had a tiny bit left.  We headed straight to the top floor for lunch, as I worried about how the hell we were going to get around with minimal battery.  We’d bought the charger with us, in case there was a spare plug, but they were all up too high to reach.

We spotted a tea room style area for lunch, and headed over.  There was plenty of free tables at the back, but when I asked if there was a route for wheelchairs, we were met with a blank stare and told it would be a half hour wait for a table we could get to.  (Strike four!)  Instead we headed to an Italian styled cafe, which sold nothing Italian.  We shared a sandwich, one packet of crisps and a drink each for £15.  Ouch.

The layout of the exhibition was pretty good, with enough space to negotiate and view the stalls.  A kind stallholder allowed us to charge my batteries while we tried out some pain relieving equipment.

I do have some rules regarding navigating with my wheelchair.  It’s actually quite hard to steer, so I really appreciate those that step out the way.  I really do.  I avoid people as much as possible of course, and I do my best to halt for children.  However, if you stop dead in front of me, or walk backwards into my path – you are fair game.  Be warned.  Plus, nobody needs to walk backwards, so why do so many people do it?!

Even with the space, having to constantly stop for people and wait to look at things, it took pretty much the whole afternoon to get around the top floor.  By the time we got down to the actual ‘home’ section, we only had forty minutes to go.  To be fair, we don’t have any money and don’t own our home – so kitchens, bathrooms, etc don’t interest us.  And no, I don’t want to buy any goddamn solar panels.

The show homes were not wheelchair accessible, and seemed to only be accessed by stairs, which was a shame, as I’d have been interested to see them.  (Strike five!)

We were both pretty exhausted by then, and tried to head to the exit.  After going round in circles, we asked a member of staff the way out – one of which who grunted and pointed to the lift.  We got out at the next floor after getting the wheelchair jammed in the lift due to it not stopping straight, which broke my footplate, only to be told we’d been on the right floor previously.  The next member of staff we asked pointed vaguely, and again was wrong, and when we finally found the exit no one was there to operate the stairlift.  When we called for help they said we had to find another exit.  (Strike six!)

All in all – a tiring day, that wasn’t worth the money we paid, although we got some interesting bargains whilst in there.

Above all, I was disappointed such a big organisation hadn’t thought more about accessibility.  Signs to the exit and signs for wheelchair access would have been helpful, and why an earth did they prevent access to so many disabled bays?  Staff should be trained better as well.  Lower-cost parking for blue badge holders would be very appreciated – many of us don’t have a choice but to drive there, or not come at all. 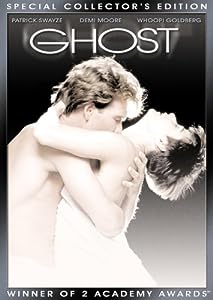 I have a hospital appointment in London in September, so while we’re there my Mum and I decided we should do something nice and go and see Ghost the Musical which has just opened.

I phoned the accessibility line for the Picadilly Theatre as I need a space to put my wheelchair in, and they were very friendly and helpful.  They’ve booked me an end-row seat, someone to store my wheelchair during the show and my mum as my carer gets in free!  They also advised me of the best place to get in for level access, and the nearest parking.  Shockingly (or not so, if you’ve ever used an NCP car park!) they charge more for the parking than my ticket will cost!  So let’s hope we can find some parking elsewhere.

I am looking forward to it already!