How many times have you heard a story of a wheelchair user being refused access to a bus, and left waiting in the cold, snow or rain?  It happens all the time.

I’ve heard reports of wheelchair users being left stranded for hours, being told they can’t get on the last bus of the night and even of one driver telling the other passengers that if they allowed an electric wheelchair onboard then it might blow up.

Despite these many cases, the bus companies often seem indifferent.  I’ve had quite a bit of experience of this myself as chair of an Access Group – over the years I’ve had numerous complaints from members about local buses, and the letters back from the bus companies always follow the same formula.  An apology, and a promise that drivers are trained in disability awareness.  When we’re tried to follow up on this – and ask whether we could perhaps run a training session, or even just see the materials that they’re being trained on, but we’ve been met with radio silence.

I was very interested to see that Unity Law, a disability specialist firm based in Sheffield had taken on the case of Doug Paulley, a wheelchair user who was unable to get on a First Bus when one of their drivers wouldn’t make a parent with a pushchair move out of the space.  Having contacted them in the past about similar issues and having not got anywhere, he decided to he contacted Unity to see what could be done legally.

The good news is that today a judge has set a legal precedent by agreeing that the policy must be prioritisation for wheelchair users, as the ‘first come, first serve’ policy contravened the Equality Act 2010.  First have been given six months to retrain staff and put this in place, but the great news is the judgement will mean that all bus and train operators will have to adopt similar policies, or face similar legal action.

This is great news that will make travelling by public transportation  a little bit easier for people with disabilities. 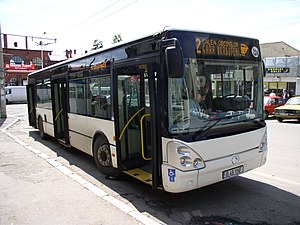